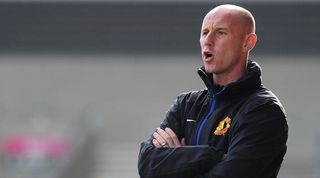 Manchester United recently made history by fielding an academy graduate in the first team for the 4000th game in a row.

Some amazing names have come through the ranks in that time, from Sir Bobby Charlton to the Class of '92, all the way through to Marcus Rashford who currently leads the line at Old Trafford.

One of those names was Nicky Butt, a member of that Class of '92 and current head of first team development at Manchester United, and speaking to ESPN he named the biggest dissapointment to have come through the ranks at the club:

"For me, the biggest disappointment at this club was Adnan Januzaj.

"I don't think I've seen a player, probably since Ryan [Giggs], who was as good as that. He was unbelievable. In my eyes he should have gone on to be a world superstar.

"He's still playing professional football and he will have a good career. I'm sure he's a millionaire and he won't be going to bed worrying about what bills he's got to pay, but he should have been a superstar."

Despite United struggling that season, Januzaj impressed - there was even talk of whether he would be eligible to play for England. The following year was given Ryan Giggs' number 11 shirt, but he never lived up to that early promise. Unsuccessful loan spells at Borussia Dortmund and Sunderland followed, before he was sold permanently to Real Sociedad.

United have continued to focus on youth this season under Ole Gunnar Solskjaer, and Butt was keen to single out two graduates for special praise:

"Talent gets you through the gate here but what will keep you here is character and commitment.

"With Scott [McTominay] and Brandon [Williams], that's just character. Character with talent and not talent with character.

"It's a never-say-die attitude, a will to win. They are both talented footballers, but to get to where they have got is down to their attitude."

What exactly does a club's 'DNA' mean - and do managers really need it?