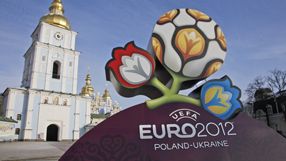 "We are in touch with tourism agencies and according to the latest data we expect about 20,000 of our fans to visit Ukraine," private news agency UNIAN quoted Klaus Zillikens, the German consul in the eastern Ukrainian city of Donetsk, as saying.

"Ukraine is not that close. It is not that easy to jump into a car and get here. Those who saw hotel prices as too high are not planning to come."

Germany will play three group games in Ukraine, two in Lviv, 920 kilometres away from Berlin and the other in Kharkiv, 1,800 kilometres away. Ukraine is co-hosting the championships with Poland, which borders Germany.

The Kiev government expects at least one million foreign fans to visit Ukraine for the Euros but UEFA President Michel Platini warned this month that hotel prices, which have jumped 10-fold in some cases, could scare off tourists.