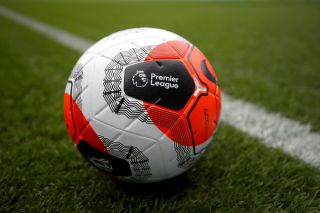 Talks with managers and players have paved the way for the Premier League to seek agreement on protocols for a safe return to training, the PA news agency understands.

The Premier League invited club captains and bosses to share their thoughts on a return to action during conference calls on Wednesday.

The league now hopes to get the backing of clubs for its plans at a shareholders’ meeting on Monday.

Working with sports medics, @DHSCgovuk and @PHE_uk we've published guidance on a safe return to training for our sports stars.— Oliver Dowden (@OliverDowden) May 13, 2020

A Covid-19 testing programme would then quickly follow with clubs possibly back in training later in the week.

The meeting followed publication of Government guidelines for the first phase of a return to training for elite athletes, which involves training individually or in small groups while engaging in social distancing. Footballers would also need to have one-to-one discussions where the risks are explained to them.

The Government still needs to give its assent to restart the first stage and there would be a delay before a second phase of training, involving closer contact and tackling, is approved.

Captains will seek feedback from their squads in the meantime and those views could be further fed into Monday’s meeting.

Players including Manchester City winger Raheem Sterling and England full-back Danny Rose – who is on loan at Newcastle from Tottenham – have this week publicly expressed serious reservations about a return to action.

It is understood players received an eight-page document outlining Premier League protocols for a resumption of training this week.

Although player safety is the biggest hurdle to plans to restart the competition behind closed doors in mid-June, agreements will also have to be secured on issues such as whether games will be played at neutral venues or continue on a home-and-away basis, and whether the former should lead to relegation being abandoned.

Bottom club Norwich have also claimed relegation should be scrapped if the Sky Bet Championship season cannot be completed.

Canaries sporting director Stuart Webber told the Sky Sports Football Show: “What we could not accept is a situation where we play all our games and get relegated, but the Championship can’t play, and they automatically promote some teams who haven’t finished the season.

“For anyone who has got promoted from the Championship, it is a 46 or 49 game slog. It needs to be settled on the pitch – both coming up and going down.”