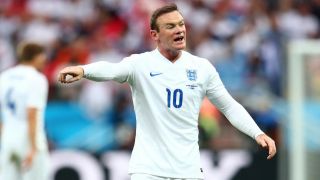 Wayne Rooney believes "this could be the year" that England end a 52-year wait to win the World Cup again.

The former England captain - who is his country's all-time leading scorer - last played for the Three Lions in November 2016.

Since then, England's fortunes have been transformed under the guidance of Gareth Southgate, who leads his side into a last-16 tie against Colombia on Tuesday.

Rooney - who has just joined MLS side DC United on a three-and-a-half-year deal - has seen enough from Southgate's young squad to suggest they could match the achievements of the class of 1966, who won the World Cup on home turf.

"There's some big teams gone out of the World Cup and this could be the year England can go far and hopefully win it," he told Fox.

England impressed in their opening two wins over Tunisia and Panama, but came unstuck against Belgium in their third outing, slipping to a 1-0 defeat.

Rooney is not concerned by that loss, though, believing it has set them up for a charge towards the latter stages of the tournament.

"I think certainly the first two games they were excellent," he added.

"It's refreshing to see a lot of young players, a lot of energy, a lot of high pressing, they're scoring goals and are exciting as well.

"It's an exciting time to be an England fan.

"The game against Belgium was probably a game no one wanted to win and I think losing the game might actually benefit England to go further in the World Cup, to be on the right side of the draw which I believe they are."