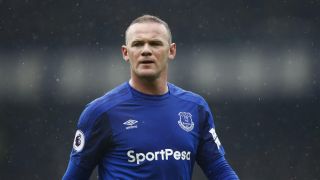 Wayne Rooney says it has been a "career ambition" to play in MLS after agreeing terms on a three-and-a-half-year deal with DC United.

Rooney spent a single season back with first club Everton before ending his career-long stay in the Premier League, where he scored 208 top-flight goals across 16 seasons for his boyhood side and Manchester United.

And Rooney - who could make his league debut on July 14 pending receipt of his international transfer certificate - cannot wait to get started at DC.

"It is fantastic to be joining DC United at such an exciting time in the club's history with the new stadium [Audi Field] opening in just a few weeks," said Rooney.

"Moving to America and MLS fulfils another career ambition for me. I have the hunger to be a success here and will give DC 100 per cent - as I have always done for every team I have ever played for.

"When I visited earlier this summer I was really impressed with everyone I met connected with the club, and of course the new Audi Field. Now I can't wait to get on the pitch in a United shirt and join my new team-mates to bring success to this club."

Rooney joins a DC side struggling at the bottom of the Eastern Conference in MLS but Jason Levien, managing general partner and chief executive at the club, hailed the 32-year-old's arrival.

"This is a seminal moment for our fans and organisation," Levien said in a club statement. "Wayne is a global soccer icon and his presence at DC United will elevate our product on the pitch and soccer as a whole in our city and in this country.

"Wayne has thrived when competing at the most elite levels of soccer and we're thrilled to have his leadership as we enter this new era at Audi Field."