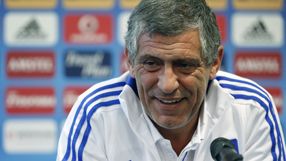 The Greeks held out for 39 minutes under relentless pressure before Philip Lahm rewarded Germany's domination, only for Giorgos Samaras to finish off a fine move to equalise 10 minutes after halftime.

Greek celebrations were quickly snuffed out when Sami Khedira thundered home a fierce volley and there was no way back after Miroslav Klose and Marco Reus added further goals.

A late Dimitris Salpingidis penalty was scant consolation for a heavy defeat.

"I want to congratulate my players for their efforts in the tournament, not just tonight's match," Portuguese Santos told a news conference.

"With respect to the first half I have to say the Germans were really good. We could have held the ball more and maybe taken a few more chances. But we didn't manage to breathe. We didn't have the space to breath. They pressed us all the time."

Samaras's goal, when he slid in to meet a cross from Dimitris Salpingidis after his quick break down the right flank, was raucously celebrated by the 2,000 or so Greek fans inside the PGE Arena.

Santos rued that Greece were only on level terms for six minutes.

"I said if we could score once it would change it completely and we could get something out of it," he said.

"But the bad thing was that we conceded the second [goal] really soon and that clipped our wings... but we fought to the last moment."

The 2004 champions had secured their passage to the last eight in the final round of group matches, progressing as Group A runners-up after a surprise 1-0 win over Russia in Warsaw.

Greece drew 1-1 in their opening game with co-hosts Poland, then lost 2-1 to the Czech Republic.