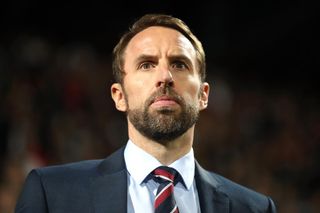 Gareth Southgate plans to take in two matches during the penultimate week of the Premier League season as the England manager prepares to name his Nations League squad.

Next month the Three Lions head to Portugal for the competition’s inaugural finals and will take on Ronald Koeman’s Holland in a tough-looking semi-final in Guimaraes.

Southgate continues to run the rule over England’s options ahead of selecting his squad and Press Association Sport understands that he will attend Friday’s clash between Everton and Burnley.

Jordan Pickford, Michael Keane and Dominic Calvert-Lewin will be assessed, while Ben Mee – tipped by Clarets manager Sean Dyche for a call-up – can make an impression along with team-mates Tom Heaton and James Tarkowski.

Southgate will also take in title-chasing Manchester City’s trip to Leicester on Monday, when the likes of Ben Chilwell, Harry Maguire, Raheem Sterling and Kyle Walker are set to be on show.

England face Holland on June 6 at the Estadio D. Afonso Henriques and hope to reach the June 9 final in Porto, where hosts Portugal or Switzerland will provide the opposition.