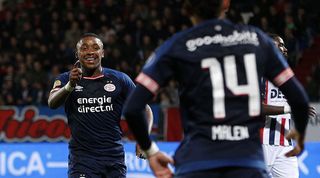 Atletico Madrid have made a move for Leicester left-back Ben Chilwell, according to reports. The Sun says the Spanish giants have reportedly offered £71 million for the 22-year-old, who has five years left on his contract at Leicester. However, the La Liga side could face competition from Manchester City, who have been keen to sign the England defender to replace Benjamin Mendy, the paper adds.

Another Leicester player is also attracting attention, with Tottenham said to be eyeing up playmaker James Maddison. The Daily Mirror says Mauricio Pochettino has been impressed with the 22-year-old’s performances for the Foxes and is keen to land him with the potential windfall for reaching the Champions League final. Leicester would want substantially more than the £22.5 million they paid Norwich for him last summer, the paper adds.

Manchester United have told Romelu Lukaku he can leave the club this summer amid interest from Inter Milan, TheSun reports. Bosses have told the 26-year-old he can move to Italy if they receive a deal worth more than the £75 million United paid Everton two years ago, the paper claims. Juventus are also monitoring Lukaku’s situation and could join the race for his signature, the paper adds.

Watford are reportedly bracing themselves for Sevilla to make an approach for boss Javi Gracia. The Sun says reports in the Spanish media suggest Sevilla are considering opening talks with Gracia following the Hornets’ impressive run to the FA Cup final.

Man Utd could lose out on Dybala with Bayern ready to hijack move with £80m bidhttps://t.co/KK376uMSwMpic.twitter.com/gIzCF8dWkZ— The Sun Football  (@TheSunFootball) May 29, 2019

Steven Bergwijn: Tottenham are the best-placed English side to sign the PSV Eindhoven winger, according to the Daily Mail. Manchester United and Liverpool, are also said to be monitoring the 21-year-old.

Ashley Young: The 33-year-old United defender could be heading to America to link up with Wayne Rooney’s DC United, according to the Manchester Evening News.

LIST The 9 best teams that DIDN'T win a thing

COLUMN Andy Mitten: The position Manchester United must buy in this summer – and why it's so important