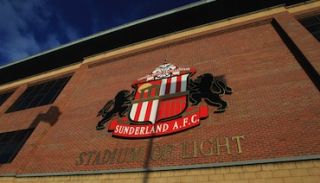 The changes under manager Paolo Di Canio, who joined the struggling north-east team at the end of March and steered them to top-flight safety, include another fellow Italian, Valentino Angeloni, joining from Inter Milan as chief scout.

De Fanti, an agent who helped with Di Canio's appointment, worked with Angeloni to recruit players at Udinese and Inter.

Angeloni, who signed Barcelona's Alexis Sanchez as a 17-year-old at Udinese, worked as a scout at Torino after making over 350 appearances as a player having started at Sampdoria.

Sunderland have already started rebuilding their squad for next season with Lazio's French centre-back Modibo Diakite, Basel midfielder Cabral and Maritimo defender Valentin Roberge all poised to join the club in July on free transfers.

Diakite started out at Pescara before joining Lazio seven years ago but lost his place through injury. He will be joined at Sunderland by fellow 26-year-old Frenchman Roberge.

The 24-year-old Cabral, full name Adilson Tavares Varela, is a former Switzerland under-21 international who has since made himself available to play for Cape Verde where he was born.

"Roberto and Valentino bring with them a wealth of experience, knowledge and football contacts from across Europe and indeed the world and we are delighted to welcome them to Sunderland," the club's chief executive Margaret Byrne said in a statement on Sunderland's website.

"The recruitment of players is of course key for any football club and Roberto and Valentino will work closely with the head coach [Di Canio] and the board to identify targets as we look to strengthen our squad for next season and beyond."