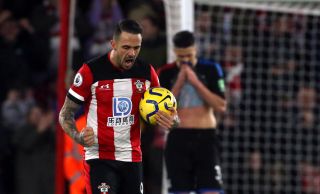 They don’t cost much, but Southampton’s top performers are putting in premium Fantasy Premier League scores after a festive change of fortunes.

Ralph Hasenhuttl’s side have moved out of the relegation zone and are in touching distance of a top-half position – and FPL bosses have noticed, bringing in Southampton players in their thousands.

So who should you keep an eye on?

Ings can only get better

Danny Ings has scored 12 goals in 15 league games, and yet is owned by fewer than 20% of FPL managers.

The PL marksman is the most in-form player in the division with 101 points in 15 gameweeks, prompting a net total of nearly 80,000 managers to sign him up in gameweek 21.

At just £6.7m his ownership figure of 18.2% will surely rise higher, with the Englishman claiming three bonus points on three occasions in his four most recent matches.

The 27-year-old has scored 13 goals already this season – two more than his previous best – but should prospective bosses be wary of Southampton’s fixture list?

Hasenhuttl’s side face Leicester, Wolves and Palace in their next three – an acid test for Ings, and for managers backing the frontman.

But it’s not just Ings attracting interest on the south coast, the Saints’ defence is full of FPL intrigue too.

Jack Stephens costs only £4.3m and is owned by just 0.6% of managers – he is Southampton’s second most in-form player with two clean sheets, two assists and one goal in his last six games.

Such returns have seen the 25-year-old score 35 FPL points in six gameweeks, having found himself in the bonus points as well.

With Southampton unbeaten in their last four games, if Stephens can keep his place in the side he will be well on course to break his FPL points record of 60 in a season.

Another £4.3m member of the Saints backline is goalkeeper Alex McCarthy, who is owned by a mere 1.1% of FPL managers.

McCarthy had struggled for clean sheets until recently, but in his last three games recorded impressive shutouts against Chelsea and Tottenham, contributing to a points return of 20 in four games.

Furthermore, the 30-year-old has made an average of three saves per game over his last 11 fixtures – with a point on offer for every three stops made, McCarthy has the potential for big points in games where Southampton’s goal is under siege.

The former Palace player earned his first bonus point of the season against Spurs, and is part of a Saints rearguard that has conceded just three goals in five games.

At low prices, any one of these players could free up your budget while also returning points.