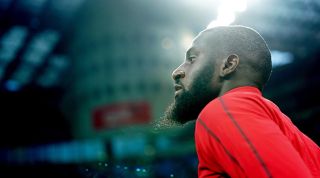 Manchester United are interested in Chelsea midfielder Tiemoue Bakayoko, who spent last season on loan at AC Milan. Ole Gunnar Solskjaer looks to continue his summer rebuilding and fancies the Frenchman, RMC Sport have reported – but Arsenal are also eyeing a move, says the Star.

In further Red Devils news, Harry Maguire is “flattered” by interest from United, according to the Express, but the club will have to make him the most expensive defender of all time to convince Leicester after a £70 million bid for the England centre-back was rejected last week.

West Ham are waiting for a decision on Maxi Gomez‘s proposed £44.5m move from Celta Vigo, according to the Telegraph. The Hammers are hoping to convince Gomez of a move to London rather than Valencia.

Scottish champions Celtic are ready to bid more than £5m to buy Huddersfield full-back Tommy Smith and Brentford midfielder Romaine Sawyers, according to the Daily Record.

And Celtic’s Old Firm rivals, Rangers, are warning their fans that another loan deal for Liverpool winger Ryan Kent may not happen, according to The Sun.

Paul Pogba:  Real Madrid are said to be convinced the Manchester United midfielder will reject a move back to Juventus in favour of a big-money summer switch to the Bernabeu, according to The Sun.

Romelu Lukaku: It looks increasingly unlikely the Manchester United forward will get his dream move to Inter Milan as the Italian giants fail to match his £75 million price tag.