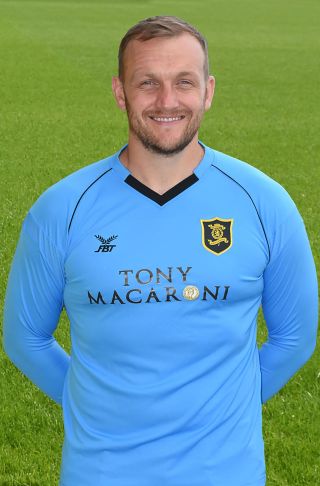 Livingston shocked thousands of football fans by putting Gary Maley’s future out to a public vote but the goalkeeper was in on a stunt that has benefited a children’s charity.

Assistant manager David Martindale, who was Maley’s best man at his wedding, devised the Twitter poll when the part-time keeper was called in to the Tony Macaroni Arena in his other role as contracts director for civil engineering firm GGK Contracts.

Martindale pledged a pound to charity for every vote but the poll has attracted almost 200,000 votes as well as stinging criticism from people who were unaware of the background.

“Davie told me to come and look at a couple of issues that I could get my guys to fix with the drainage in the dressing room,” said Maley, who is set to get his extension.

📋| Quite possibly a football first but we’re giving you the chance to decide on the future of goalkeeper @Maley1Gary.— Livingston FC (@LiviFCOfficial) May 25, 2020

“He mentioned my contract and I said ‘look, give it to one of the kids, I am 37, I am nearly done’. He said ‘we will have a bit of fun with it, have a laugh, we will put up a vote on Twitter’.

“Davie said he would put a pound in per vote for charity, thinking we would get 500 votes. Obviously it escalated something ridiculous and Davie soon withdraw that offer!

“My DMs have gone crazy. I wish I spoke Turkish because I am getting offered all sorts. I wish I was offered a hair transplant, but unfortunately that hasn’t come in yet.

“But seriously, the amount of messages, even people giving me legal advice. I see people taking offence, it’s obviously a tough time for everyone, but it was really meant as a joke and a bit of fun.

Brilliant mention on @talkSPORT this morning about my foundation huge thanks to @Maley1Gary@Daviemar13@LiviFCOfficial for your amazing £2000 donation to us it will go towards helping kids dreams come true who spend endless time in hospital @DarrenBent@laura_woodsy@flintoff11— John O'byrne (@Scotlandshero15) May 27, 2020

“I am part-time at football, it’s something I enjoy but I have a day job.

“It looks as though I’m going to win the vote and extend my deal but I said I will donate the next two months’ wages to charity and Davie will match that.

“It is all for a good cause. It is for the John O’Byrne Foundation, which helps really ill children. High-profile players do a lot with it like Ryan Jack and Scott Brown. It helps families take their children on holiday in very difficult times.”

Formerly of Broxburn Athletic and Pumpherston in the Scottish Juniors, Maley entered the world of professional football at the age of 33 when he followed two former team-mates to Livi.

The club then embarked on a journey up two divisions before they finished fifth in the Scottish Premiership this season.

“Davie Martindale was my best man so I have known him a long, long time,” Maley said.

“Livingston were relegated to League One and Davie gave me a phone and says ‘look we have Liam Kelly coming in as number one, do you want to be back-up for a year?’

“I honestly thought it was a mick-take because myself, Davie and Scott Pittman all played in the same junior team.

“I said I would come in for a year, played a few games, did OK. The next year we went to the Championship and I thought that would be it but Davie looked at his budget and kept me on the bench as number two to Neil Alexander.

“It allowed him to bring in an extra outfield player. I played a few games again and did OK.

“I thought that would be it as the budget obviously increases in the Premiership. He had to bring in a second full-time goalkeeper but needed a third-choice keeper and I stayed again.

“I was on the bench at Ibrox this season and coming back to work on the Monday was surreal.”