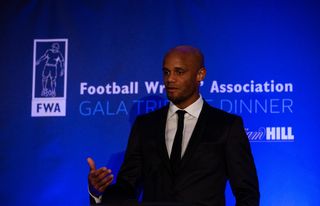 Former Manchester City captain Vincent Kompany believes a cap should be placed on the number of matches top professionals can play as football’s fixture calendar continues to fill up.

The Belgian is concerned by the workload being placed on top stars, who can commonly play 50 to 60 games a season.

Kompany, who is part of world players’ union FIFPro’s Global Player Council, told Belgian television network Sporza: “Yes, well, it does not have to be a limitation, but a sort of cap. There is no other way: we will probably be playing 100 matches soon!

Kompany believes squad sizes will have to increase from 25 to 40 to accommodate extra matches.

The issue of player workload has been in the spotlight again this week, after Liverpool manager Jurgen Klopp said he would rest his senior players for an FA Cup fourth-round replay against Shrewsbury to ensure they were able to gain the benefit from a scheduled mid-season break.

The European Club Association, though, is proposing changes to the structure of continental club competition from 2024 which may lead to an increase in matches, while FIFA’s Club World Cup will be expanded to a 24-team summer tournament from next year.

FIFPro’s ‘At The Limit’ report last year reported some shocking statistics on the workload of top players.