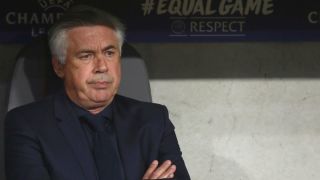 Carlo Ancelotti has paid the price for Bayern Munich's stuttering form, with the head coach sacked on Thursday following defeat to Paris Saint-Germain in the Champions League.

The ex-Real Madrid boss had been brought in to build on the fine work of Pep Guardiola, who departed for Manchester City, but he ultimately failed as Bayern drifted further away from Europe's elite - evidenced in the reverse at the Parc des Princes.

While Ancelotti's reign was not without its successes, his side could not live up to the standards set under Guardiola as Bayern won three straight Bundesliga titles.

Here, we assess the low points of Ancelotti's tenure in Opta numbers.

Ancelotti, of course, did win a Bundesliga title in his first season in charge - by a considerable 15 points - but Bayern's standards have gradually slipped under the former AC Milan coach.

Guardiola's side dominated German football, winning 80.4 per cent of their league matches, but that record has dropped to 72.5 per cent with Ancelotti.

The main criticism of Guardiola's time in Germany was his failure to deliver a Champions League title in three years, having taken over the reigning European champions.

It had been hoped Ancelotti - a three-time winner of Europe's top prize as a coach - would help to return Bayern to their former glories on the continent, winning the biggest games.

However, Bayern instead repeatedly fell down against the better sides. Of Ancelotti's nine defeats, five came in European competition - including both legs of a quarter-final against Real Madrid - and the other four were all in clashes with genuine domestic contenders.

Bayern are third in the Bundesliga and just three points off leaders Borussia Dortmund, but the club's dominance in recent years means that such a start is surely considered a failure.

Indeed, this represents Bayern's worst start to a domestic campaign since the 2010-11 season.