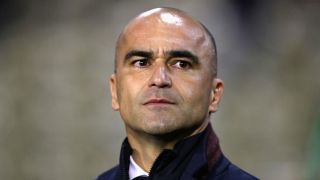 Roberto Martinez insists the identity of his 23-man Belgium squad for the World Cup has not been given away in 'mattressgate'.

Television footage in Belgium suggested that 23 mattresses sent to Russia, marked with players' names, had revealed which five members of the preliminary group will be cut from the squad.

But Martinez, whose side face Portugal in a friendly on Saturday, is adamant that he has yet to confirm his selection and so any supposed list is false.

"This is not a job for private detectives," he told a news conference. "With a simple phone call to our press officer, it would immediately be clear that there is no definitive list yet.

"The following days will be crucial, to get the medical information and see how we play against Portugal."

European champions Portugal are continuing their own preparation for the finals, with coach Fernando Santos keen to stress that his side have no need to fear heavyweight opponents like Belgium.

"There is nothing to fear; Portugal are not a team of fear and the coach much less," he said.

"We have respect for all opponents, regardless of the name, which is what led us to achieve the results we have achieved to date.

"This is a different challenge. We know the qualities of Belgium, a fantastic, powerful team with very creative players. It will be a great test.

"We know the team because we have a plan designed to have players ready for every game at the World Cup. Our strategy has made us champions of Europe. We know how we got there."