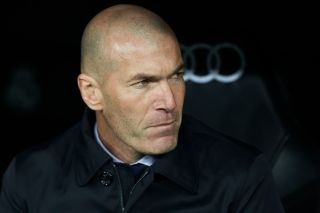 It wasn’t the night that Real Madrid had in mind. Unbeaten in 21 games coming into their Copa Del Rey quarter-final at home to Real Sociedad, the club with the best defensive record in La Liga fell apart.

Norwegian wonderkid Martin Odegaard opened the scoring against his parent club on 22 minutes, sending a rebound through Alphonse Areola’s legs. He refused to celebrate but had set Sociedad on their way to a famous win.

A brace from Alexander Isaak made it 3-0 to the visitors early in the second half as the Bernabeu was silenced. A strong team, featuring Sergio Ramos, Marcelo, Toni Kroos and Karim Benzema was being put to the sword.

Even with so much action on the pitch, Gareth Bale’s decision to leave the match early, as his side trailed 4-1, still attracted plenty of attention. The 30-year-old had been left out of Zidane’s squad and chose not to stay until the end.

He missed two Madrid goals and a Sociedad red card as the home side threatened a late comeback. It wasn’t to be as the Basque club held on for a memorable victory that takes them into the last four of the competition.

For Zidane, it was a chastening and unprecedented experience. In his 250th game as a manager, Madrid conceded four for the first time on his watch.

Although they still top the table by three points, having lost just once in La Liga all season, failure to progress in the Copa Del Rey was a bitter disappointment, particularly with Barcelona also being knocked out.

A stoppage-time own goal from Sergio Busquets condemned the Catalans to defeat for the second time under new manager Quique Setien as Athletic Bilbao marched on.