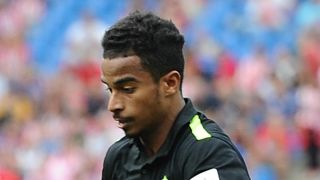 Akram Afif scored an 86th-minute winner to give Qatar a 1-0 victory over Switzerland as the world's 96th-ranked side defeated the world number eight.

Afif, who plays his club football for Al Sadd on loan from Villarreal, was put through on goal by Karim Boudiaf and rounded Switzerland goalkeeper Yvon Mvogo before lashing the ball into the net to earn Qatar a fourth win in five matches.

The result adds to the growing reputation of Felix Sanchez's side, who are preparing to make their World Cup debut as the host nation in 2022.

Switzerland have lost three of their last four matches and head coach Vladimir Petkovic will hope to make amends when they face Belgium in the Nations League on Sunday.