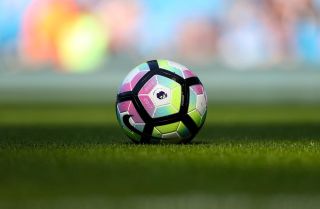 Argentina coach Lionel Scaloni has defended his country’s recent record ahead of their friendly with Mexico.

Argentina have reached three finals of major tournaments in the last five years – the 2014 World Cup and the 2015 and 2016 Copa America – but lost them all.

That led to a Mexican journalist questioning Argentina’s desire, which saw Scaloni bite.

He said at his press conference ahead of the match in Texas: “The first question I do not agree. We reached three finals.

“If that is not to compete, where are we going? Argentina proved to be a competitive team.

“The line is very thin. To say that Argentina failed, it’s complicated. And two (defeats) were on penalties.

“It seems that not leaving as champion is worthless. The line is very thin. I would not throw so much in the trash.

“Everyone who comes to the national team shows incredible self-love. They give everything for this shirt. I am convinced. I never saw a player who thinks for himself.”

Scaloni has promised changes for the game at San Antonio after criticising the condition of the pitch.

Premier League stars Nicolas Otamendi and Giovani Lo Celso are injured, while Scaloni will hand fitness tests to others.

“I had decided the team until Sunday, but we had a complication,” he added.

“Players I had thought might play, until Tuesday I will not know how they respond.

“We will put out a fresh, younger team. I want to see them in a difficult game.

“They are three players I’ll wait until Tuesday. I don’t want them to go out if they’re not 100 per cent.”

He added of the playing surface at the Alamodome: “Everything that surrounds the game is impressive, except the pitch.

“They brought the grass two days before and it’s complicated.”