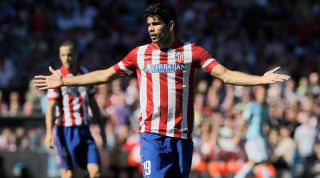 The big questions everyone's asking ahead of the weekend's football in Spain...

10. Will Almería swing the axe?

A complaining president, disgruntled fans, and a team who can neither win a game nor hang onto a lead: Almería look a lot like leaning towards La Primera's second managerial change of the season. There is the strong feeling that Francisco Javier Rodríguez will be out on his novice ear if the bottom-of-the-league side fail to beat Rayo Vallecano, the nearest team in the table.

9. Is Sevilla's honeymoon over?

Not unreasonably, for the first eight games of the season Unai Emery was given some leeway for trying to get performances out of a brand new starting line-up. But the gig's up for that excuse, with even Sevilla’s sporting director Monchi declaring the team needs to get its act together and move up the table sharpish. “After the [international] break we are going to get the players back, and the excuses about all the changes must end.”

8. When will Real Sociedad wake up?

La Real have won just the one league game – their opener against Getafe – and really need to shake off their slumber if they aren't to follow Celta Vigo’s example of exactly a decade ago and be relegated due to Champions League distractions. “It's true that we are not winning, but we are not playing badly,” argues defender Carlos Martínez, whose side face trips to Mestalla and then Old Trafford. Ouch.

Another team struggling to match the feats of the previous season are Real Betis, with just two wins from eight and a mere eight goals scored. Unfortunately, the Seville side’s problems may well be continuing with the Europa League returning on Thursday and the immensely important Rubén Castro undergoing surgery for a longstanding lower back knack. “The difference now is that we are missing Rubén’s goals,” mused Pepe Mel on the absence of the striker who knocked in 18 league goals last year.

6. Will Bernd Schuster have a happy return?

Because of a fairly prolonged absence from La Liga before taking the Málaga manager gig over the summer, it's often overlooked that Bernd Schuster used to be the Real Madrid manager and even won the league title for his former club. The moody German is now managing a side still finding its feet, given its more modest means than the previous two seasons.

A little short of talent and numbers up front, the new Málaga is being built on a tight defence and the imperious Willy Caballero in goal. They've picked up three clean sheets so far in La Liga and will be angling for one more to frustrate a fickle home crowd that Schuster is all too familiar with.

“It will be great to go back to the stadium,” Schuster admitted to Marca. “But I’m not giving them anything. If I have to, I will fight Chendo [Madrid’s match delegate],” he joked. Probably.

5. Will Villarreal keep up the Primera pace?

Yellow Submarine boss Marcelino's big idea this season is for his team to play and run as hard as possible at the start of the season, seeking enough points to stay up as early as possible. For Marcelino, the Primera campaign is not so much a marathon as an 800-metre race. So the international break has seen yet more intense training sessions for the Villarreal players, who are almost halfway to their points target already.

The worst thing you can say to Atlético Madrid fans at the moment is to suggest their side are title contenders. A naturally superstitious bunch, they will immediately perform a dance of luck to ward off any demons looking to upset a perfect league start to the campaign.

Diego Simeone used an interview with Marca this week to poo-poo the idea of the Rojiblancos winning the title, claiming that keeping up a 100% record has been far from easy for his players. “You can’t forget that it took a lot to beat Osasuna, Celta and Almería,” finger-wagged the club’s Argentinian coach.

3. Can Osasuna beat up Barça, again?

While Barcelona players have mostly been scattered around the planet involved in some kind of international antics, the Osasuna squad have been planning away in Pamplona. Throughout the past fortnight, all kinds of fighting talk has come out of this fine Navarre city, despite the club having picked up just six points from eight league games.

While the present offers little to Osasuna there's comfort in the past, where Barcelona have failed to pick up points in eight of the past 13 league clashes in El Sadar. “We’ve made their life difficult in other years,” reminded Marc Bertrán, as Osasuna look for a rousing performance against the league leaders to escape the relegation zone.

2. What will Tata do with the dynamic duo?

Neymar has been spooning around the planet on Brazil’s money-spinning tour, which took in South Korea before a hop to China to face Zambia (of course). Leo Messi has been trotting around a training pitch trying to rid himself of a thigh injury.

This leaves Tata Martino with a dilemma over whether to play neither, one, or both of them against an Osasuna side which tends to kick first, second, third, fourth, fifth and then ask questions. Before kicking again.

1. Can Real Madrid get it together?

Let’s face it, Carlo Ancelotti’s side has made a dog’s dinner of the league campaign to date. And not even a good dog's dinner, the kind with tasty meaty chunks that you could easily be persuaded to eat during a hurricane emergency or a late night hunger-fest. Even the Italian boss has admitted to his native press that his team can’t play any worse.

When the blog last looked in on Mordor’s finest, Madrid were being unbelievably jammy. The win against Levante restricted what could have been a complete crisis to the mild peril the team finds itself in at the moment.

Ancelotti now has to reassemble his internationals and find something resembling decent form against Málaga, before the small matter of a double date with Juventus in the Champions League and then Barcelona in the first Clásico of the season.