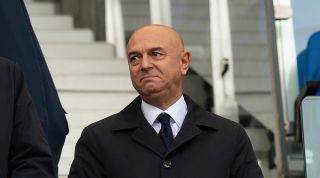 There’s a trend in football which has been allowed to remain unchallenged for a long time. Or, at least, it’s one which nobody appears able to do anything about.

When wealthy men own or run football clubs, they’re easily seduced into believing that their skillset – which is typically financial, commercial or a combination of the two – actually equates to a working technical knowledge of the game. While bearing responsibility for a club’s day-to-day future naturally lends itself to acquiring unique experience, having that kind of oversight is quite different to possessing the expertise of a sporting or technical director.

That’s been proven time and again. In fact, where there are unilateral recruitment decisions being made by someone other than a specialist, there is now always a club performing below its potential. That isn’t to say that to do otherwise is to guarantee against bad decisions and inefficiencies, just that a club’s best chance of avoiding those problems is to endow its football department with proper knowledge and experience, but also independence from the boardroom.

The examples for why are hardly hiding in plain sight. West Ham have, for most of the past decade, demonstrated the dangers of low footballing IQ. Following Michael Emenalo’s departure from Stamford Bridge, Chelsea’s decision-making also became very haphazard and facilitated the disappointing Drinkwater/Bakayoko/Morata period. Most notoriously, Manchester United’s continuing inability to gain a true advantage from their financial primacy vividly portrays the dangers of entrusting sporting decisions to businessmen who underestimated the game's complexity.

ALSO READ: Teddy Sheringham exclusive: Beating the Netherlands 4-1 at Euro 96 was the highlight of my career

Down south, in North London, Daniel Levy remains a polarising figure at Tottenham. Every supporter has staked out a non-negotiable position, from unflinching support to an almost visceral dislike.

It’s so conflicting, because parts of Levy’s performance are so difficult to argue with. He has overseen a period of tremendous financial growth and he’s delivered some of the finest facilities in Europe, including a brand new, state of the art stadium. That's to make no mention of his foresight, either, or the acumen shown in his dealings with Nike or the NFL.

But as disingenuous as it would be to ignore those achievements, it would be just as selective to pretend that Levy didn't prevent his club from fulfilling its potential under Mauricio Pochettino. As it would to claim that he isn't the architect of the team’s current predicament, which sees them struggling for identity and form under Jose Mourinho.

The diagnosis isn't complicated. Spurs are badly under-staffed in several positions, some of their most valuable assets have been allowed to depreciate and, as a consequence of under-investment, important players have been exposed to the debilitating – perhaps even terminally damaging – effects of wear and tear. While Levy may not be solely responsible for the specifics of that situation, the conditions created at the club - by him - have shaped the current reality.

He is a chairman who gives and takes away - who is both a source of great strength and, at times, a tremendous hindrance.

As a living example, today's scenario – in which Tottenham are trying to regain ground surrendered – is not just a legacy of under-investment, but also a lack of respect for the dynamics which underpin successful sides.

It was naïve, for instance, for anyone to assume that Tottenham could continue to depend on the same core of talent for nearly five years. It was also foolish to believe that eventually, with so little depth in the first-team squad, players like Harry Kane, Christian Eriksen, and Jan Vertonghen wouldn’t suffer from the attrition. Or that, in the future, the same fate will inevitably befall assets like Son Heung-min, who are being ground to dust through necessity.

The regret is that Spurs might have protected themselves from this slump. Levy has dallied unsuccessfully with the director of football model in the past, with experiences which may prejudice him against the role, but his club are now suffering for its absence. The pre-requisite, of course, is that the right person would have had to occupy the position - there's no virtue in the role itself - but that kind of dedicated specialist might have anticipated a lot of the current issues.

Squad management is a full-time business. It's not something which can be managed with the occasional deal, or in the spare time between building stadiums and romancing sponsors. It is not only fundamental to how a football team improves, but also to how it sustains that growth and capitalises on its success.

Who deserves a new contract and who needs to be sold? Who needs a rival in his position and who benefits from feeling more secure? How is the coaching team performing and which of their processes need refining?

If a player or manager's head is turned by a better opportunity, how can the damage of their departure be mitigated?

Those are some of the little questions which constantly need asking and answering. By implication, though, it's important that the asking and answering is done by the right person, mandating the employment of someone who understands the sport on that kind of level. If not, a football club is unable to perform any sort of self-inspection.

Tottenham desperately need that further layer of professionalism. The last six months have shown that in all sorts of ways - through the slow pace of transfer negotiations, the growing disconnect between the head coach and his players, but also the lack of a clear succession plan. In fact, one of the most troubling details of this period has been just how little thought was evidently given to preserving Pochettino's work. Chief among the duties of any sporting director, surely, would have been that sort of planning, done in a way which ensured that a new start wasn't in fact a Ground Zero.

Ultimately, though, that is exactly what it has proven to be and failure to parlay all of that progress into a new normal condemns the club's decision-making hierarchy as being unfit for purpose. It was all a happy accident, the benefits of which have no real relevance to the future.

So that has to change; the speed of this decline must instruct some kind of realisation. With Spurs showing those signs of neglect, Daniel Levy must recuse himself of any football-related responsibility, focusing instead on areas he's equipped to manage, and installing a qualified other to construct something which isn't just built on sand.

While you're here, why not take advantage of our brilliant subscribers' offer? Get the game's greatest stories and best journalism direct to your door – just £3 for the first three issues. Cheers!

IN THE MAG Euro 96 special! As told by Venables, Anderton, Southgate, Shearer, Poborsky and more