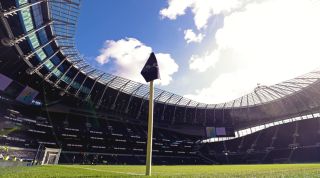 We’re living in uncertain times. When aren’t we? But right now – these times especially – are particularly uncertain.

Because throughout history, football has rarely stopped completely. Our great-great-grandfathers devised the game’s calendar that we still set our watch to, and it’s never stopped during peacetime. Not through recession or depression. Not through political upheaval. High profile tragedies and bad weather have only ever postponed games to foreseeable dates.

Whether money’s been tight or the future looked bleak, football has always been there as a comfort to all of us. Now, along with lives and livelihoods, coronavirus has even robbed the distraction of the football from us - “the most important of the least important things in life”, as Arrigo Sacchi once described the beautiful game.

With the world starting to adapt to pandemic life, Tottenham Hotspur, Newcastle United and now Norwich City have announced that they will furlough staff wages, not including players or coaches. Essentially, furloughing means the government paying up to 80% of an employee's normal wages if a company is struggling during these testing times.

MORE ON THIS STORY

“We have seen some of the biggest clubs in the world such as Barcelona, Bayern Munich and Juventus take steps to reduce their costs,” Spurs chairman Daniel Levy said in a statement.

“Yesterday, having already taken steps to reduce costs, we ourselves made the difficult decision – in order to protect jobs – to reduce the remuneration of all 550 non-playing directors and employees for April and May by 20% utilising, where appropriate, the government’s furlough scheme. We shall continue to review this position.”

This is not uncommon. From airlines to offices, employers are having to do what they can to survive. That’s business, unfortunately. It feels so much more uneasy, however, when a Premier League football club is relying on government handouts.

Footballers’ wages are under a constant microscope, even more so in times of dire poverty elsewhere in our country. The comparison with soldiers is a popular one; these days, NHS staff make for a starker contrast. Playing staff aside, Daniel Levy himself earns a reported £4m a year. Newcastle owner Mike Ashley is worth an estimated £2.5bn.

So what? Whether footballers, their bosses or their bosses’ bosses deserve their weekly wage is a discussion for another time. In today’s society, it’s understandable for football clubs to conduct themselves as businesses. They turn over huge sums of money, after all - and no, these extortionate amounts of money in football are not a wholly good or bad thing.

The issue with furloughing staff, however, comes from a very different place.

Football clubs were built by communities. The game isn’t owned by FIFA, it’s owned by everyone. It doesn’t mean anything unless it’s shared - by your family, your siblings, your friends, your neighbours or just the strangers sat next to you at 3pm on a Saturday.

For five generations, football has been a comfort and a distraction to everyday life. Football is not a mirror to society: it's meant to be better than that.

And most importantly, football is, and always has been, the glue that held communities together. That’s been recognised by some clubs this past few weeks. Carlo Ancelotti phoned an Everton fan and discussed with him the best shows to watch on Netflix. After Aston Villa had their match against Chelsea postponed, the club donated the supplies and meals that were gathered and prepared for the fixture to charities. Both Manchester City and United have combined to donate money together.

Community stretches further than city walls these days, too. Countless clubs have put on their own “watch parties” of classic games for fans to get involved with, wherever they are, to feel - at least - like they’re a part of something even with no football going on.

When troubling things happen to us, we turn to our football clubs. And our football clubs encourage us to do so. They ask us to be part of a hashtag, to wear their colours, to reach out to them through hard times. They built bigger, better stadiums to accommodate more of us. They ask for our support. So where’s theirs?

We’ve all come to accept that football is a big-money business. It can be difficult to accept that these businesses are not relying on the wealth of their very public owners, but on the state to foot the wage bill.

No business would be anything with its staff or its consumers - that’s rule number one. But given how much football clubs pander to us, it’s a little harder to stomach furloughing from them.

RANKED Why David Rocastle means so much to Arsenal fans