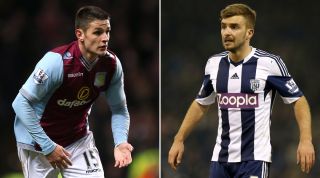 Nicolas Anelka's controversial 'quenelle' celebration during last month's 3-3 draw at West Ham has caused so much grief for his club, in a perverse way they're probably almost glad he hasn't scored in any other matches this season.

The sorry poop-storm has provided an unwelcome sub-plot to Mel's first few weeks in charge - the Spaniard could be forgiven for feigning an inability to speak English so he didn't have to deal with the press. But who'd do a thing like that...?

West Brom's fortunes on the pitch have at least improved. The Baggies have taken seven points from their last six matches - a rate of return that, if continued until May, would probably see them avoid the drop, though not by a margin that would leave the board or fans thrilled.

What they need - and forgive us if this is a little obvious - is wins. Although the recent draws with Tottenham and Everton are certainly points gained, the Hawthorns side have won just once in their previous 12 league outings (against Newcastle on New Year's Day).

That's where Aston Villa and their dismal home record come in.

Lambert's side have the worst home record in the league, with just eight points from their 11 Villa Park fixtures this season (Sunderland's home form is equally pathetic, points-wise, but the Black Cats have a marginally better goal difference on their own patch).

Their second-half showing in the previous home outing against Arsenal was surprisingly dynamic, and their performance in the draw at Anfield heroic. The question is whether they'll revert to type when the pressure's back on - which it certainly will be in this crucial derby.

Villa may welcome back defender Nathan Baker, who was concussed in the defeat to Arsenal. Gabriel Agbonlahor should also return from the knock picked up at Liverpool. Long-term absentees Jores Okore, Charles N'Zogbia and Libor Kozak all remain crocked.

West Brom defender Gareth McAuley is a doubt for Wednesday evening's fixture with a hamstring injury.

No, not just because of that, but also because, with Shane Long gone, the Frenchman suddenly has a lot more goalscoring responsibility on his shoulders. The Baggies' other striking options are largely inexperienced at Premier League level.

With Anelka on the pitch, West Brom have scored a goal every 92 minutes. Without him, they've scored a goal every 76.8 minutes. Neither ratio is particularly impressive and the difference isn't vast, but it suggests there's some tinkering to be done in the attacking third. Last time out against Everton, despite receiving the ball 45 times in 77 minutes, Anelka managed just 1 off-target shot from the corner of the penalty area. The Frenchman will need to offer more if West Brom are to curtail their slump.

Unsurprisingly, this will be the first managerial battle between Paul Lambert and Pepe Mel. The Scotsman's secondary target of the week - after securing three points on Wednesday evening - appears to be the signing of Wes Hoolahan from former club Norwich. Quite what Mel has lined up is less clear, but it wouldn't be at all surprising to see some kind of activity in the next few days.

It's hard to imagine a tense derby between two struggling teams being anything other than low scoring. 1-1.