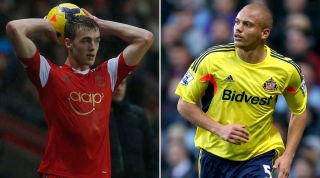 A year is a very long time in football. Last January Southampton were criticised for the seemingly harsh replacement of Nigel Adkins with hitherto unknown Argentine coach Mauricio Pochettino; after all, Adkins had Saints looking safe bets to avoid relegation. Meanwhile, despite the odd Mackem muttering against Martin O'Neill, Sunderland looked solid enough in mid-table.

Fast forward a year and Saints fans are terrified Pochettino will follow his close friend, chairman Nicola Cortese, out of the St Mary's door as owner Katharina Liebherr wonders whether to sell the club her late father left in his will.

Sunderland fans can empathise with the upheaval, after O'Neill's late-March replacement Paolo Di Canio left the club in bottom place with its morale "beyond dead", leaving Gus Poyet to pick up the pieces.

A trip to the north-east is the least of worries for Southampton fans. Despite Pochettino's proclamation that he's staying at St Mary's, the uncertainty over the club ownership raises doubts over the futures of wanted men like Adam Lallana, Rickie Lambert, Luke Shaw, James Ward-Prowse and others in Southampton's careful collection of homebaked produce and intelligently-imported exotica.

It's a different atmosphere at Sunderland: "We're in our own mini-league and if we win against Southampton, we're three points behind Hull in 10th," notes Phil Bardsley. His view may be short-term - the Tigers, and a fair few others, will kick-off half an hour after the full-time whistle at Sunderland - but there's no denying a win would do wonders on Wearside.

Poyet's side are already 10th in the last-eight form table. With the worst five form teams being among the six directly above the Mackems in the Premier League proper, not to mention their League Cup semi-final win over Manchester United, you can excuse the optimism. After all, they've just won three on the bounce for the first time since February 2012 and the honeymoon period of O'Neill.

What they need to do now is translate home cup wins into three-point returns. After Southampton, the next five league visitors are Stoke, Hull, West Brom, Palace and West Ham: a potential 18-point dividend that would get them to 35 points before April even if they got nothing on the road. Pity, then, that they're the division's most generous hosts, having lost seven of their 10 home games.

As for Southampton's form, wins against Burnley and the Baggies stopped a startling slide in which Saints had only claimed five points from a possible 27 – easily relegation form, had they not banked 18 points in their first nine games. It would take a record-threateningly disastrous run for them to get involved in the relegation battle, but such bad runs have happened – especially when there's havoc off the pitch. Ask Sunderland.

No new problems for Sunderland, just Carlos Cuellar's hip-jip and Kieren Westwood's hurty shoulder. Saints' Dani Osvaldo spends his last match on the naughty step for the brouhaha at Newcastle.

This season Sunderland have been more than twice as likely to lose without one or other of their Carrington-cultivated centre-backs. They dovetail well: O'Shea is the vocal leader and keeps his passes simpler, while Brown tends to mop up loose balls – in the win at Fulham, nobody had more ball recoveries than his 9 – and is more often likely to spring the longer vertical forward pass.

It's Uruguay vs Argentina, for the second and possibly last time. Poyet and Pochettino faced off in November's League Cup fourth round game; Saints' reserves were just about beaten at a third-full Stadium of Light. On such things are cup runs built.

Very hard to say how Saints will react, but the numbers point to a 1-1 draw with a fairly late equaliser, as at St Mary's earlier this season.