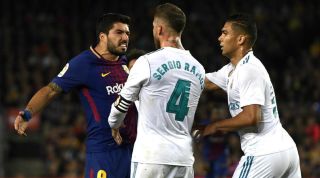 As you may have noticed, the Premier League season got underway last weekend – and Sky Sports are already bombarding us with adverts for games as far ahead as West Ham vs Crystal Palace in October. Whatever legitimate criticisms there are of England’s elite football competition and the broadcasting money that drives it, lack of self-promotion is not one.

As far as UK fans are concerned, though, the same cannot be said for Spain's La Liga. A legal battle between the Spanish FA and La Liga over the potential staging of games on Monday and Friday nights waged on until last week, with the start date of the 2019/20 season in doubt throughout.

Finally, the ruling appears to be in. Monday nights are off but Fridays are still in (for now), and Athletic Bilbao should host Barcelona on August 16 – but several games provisionally scheduled for Mondays are having to be moved, and the fixture list is messy for a major league only days away from starting. To add further complications, Spanish sports paper AS reports that most clubs are unhappy with the FA-pursued ruling and are challenging it legally.

HOW TOPremier League live stream 2019/20: watch every game from anywhere in the world

Worse still for fans hoping to watch some of the best players and biggest clubs in world football, there is currently no television deal in place to broadcast Spanish games in the UK and Ireland.

How did we get here?

BT Sport on Sky offer: how to save up to £60 a year with money off every month

The glory days of Revista de La Liga on Sky Sports are but a distant memory. In 2018/19, streaming service Eleven Sports (owned by Leeds United owner Andrea Radrizzani) took over the rights after a more lucrative bid. Though streaming is a growing platform with enormous potential, far fewer British consumers signed up to Eleven than watched Sky, and the rights package had to be renegotiated before the end of the season. ITV4 and Premier Sports, a subscription-based TV channel, took up the shortfall.

With last year’s confusing mix of suppliers still fresh in the memory, it's unsurprising that large bids to the Spanish authorities were not forthcoming this summer. Nevertheless, that no company has thus far been deemed to have made a sufficiently persuasive offer since the official process opened over a month ago is a cause for alarm.

“After assessing all bids… from participating bidders, La Liga has declared the tender null and void because no satisfactory bids were received,” said Joris Evers, head of communications for the league.

There are some extenuating factors. There have been bids tabled, but league chief Javier Tebas is resisting lowball offers for the UK rights after securing lucrative deals in other territories, notably the United States.

The ambiguity of when games will actually be played has not helped matters. With only two days before the big kick-off, there is no clarity on when games will conclusively be scheduled.

Another crucial factor is that Eleven’s experiment didn't work. Rival online companies will be hesitant to splash out on a model that has proved a hard sell so far.

For years, most of the major European leagues were available as part of a large package of content on Sky Sports, and latterly BT Sport. Casual British fans could tune in relatively easily, having paid for access as part of their wider Premier League coverage. With rights to all leagues essentially proliferated and basic subscriptions still increasing in price, that fan is much less likely to pay extra to watch a specific continental league – even one as big as La Liga. Finding a balance between an organisational body unwilling to drop its valuation and an uncertain market with recent failure looming large is difficult work for companies.

There might be some light at the end of the tunnel. The official bidding process is over, and Premier Sports, for one, has confirmed it has bid and is “awaiting their [La Liga’s] decision". Though unconfirmed, there were rumours that Sky and BT were set to bid earlier in the year. Those offers, if they did come in, can't have met La Liga’s own valuation – but with the season opener looming ever closer, there are suspicions that the Spanish authorities will crumble.

An alternative solution that has been touted is a bid from Amazon Prime. The streaming service run by one of the world’s biggest companies has already waded into the Premier League market, securing the rights to televise 20 fixtures in 2019/20 – including the Merseyside derby, Manchester United vs Tottenham, and all Boxing Day games. Becoming the main organ for La Liga would be a leap, but an attention-grabbing one, and resources presumably wouldn’t be a problem.

Whoever eventually takes up the rights package, it will be a last-minute decision that speaks to both the disorganisation of Spanish football and lack of appetite from cash-pressured fans already shelling out hundreds of pounds a year on subscriptions. Oh Revista, we do miss you.

QUIZ Can you name all 24 clubs to have won the UEFA Super Cup?