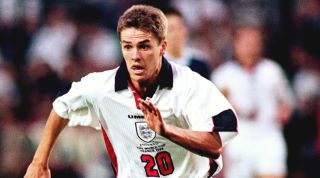 What were you up to when you were 18 years old?

On this day 22 years ago, Michael Owen was busy tearing through the Argentinian defence and scoring that goal - the one that would catapult him to superstardom in England.

Owen would go onto win a Ballon d'Or, a treble in 2001 with Liverpool of the UEFA Cup, League Cup and FA Cup - of which he scored two goals in the final - before moving to Real Madrid in 2004. Eventually, he'd become a Premier League winner - just don't mention that to Reds fans.

For his country, however, Owen scored 40 goals - how many of his opponents can you name?