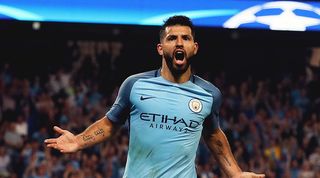 Six minutes on the clock, 36 clubs to guess.

NOW TRY Quiz! Can you get 25 correct answers in our 'Who Am I?' European Championships quiz?

So, Manchester City's ban from European competition has been lifted.

For a while, the pack in the Premier League were chasing fifth place, believing it to be enough to see them among the elite of Europe next season - but with such a plot twist off the pitch, the final three games in the season will certainly be interesting.

More importantly for City, however, the Tuesday and Wednesday nights under the bright Etihad lights will continue.

Can you name every club that has played them since they first qualified for the Champions League in 2012?