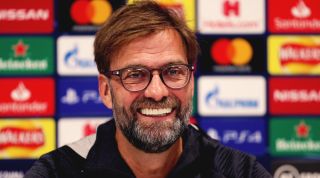 The new issue of FourFourTwo magazine is in shops and available online now, and celebrates the 100 greatest managers of all time. So this week, we're giving you loads and loads of manager quizzes on the website this week. Let's hope you know your Sacchis from your Shanklys....

Ten minutes on the clock, 30 players to guess.

In just a few short years, Jurgen Klopp has gone from an underdog to the king of the world: a young pretender to one of the best managers on Earth.

First at Borussia Dortmund and then at Liverpool, the German has transformed clubs who were otherwise a little out of sorts, turning them into title-winning sides capable of going deep in the Champions League.

Hands up - who wouldn't take Super Jurgen at their club?

Today, we'd like you to name his 30 most expensive signings ever. There are some huge names on the list - and quite a few bargains...