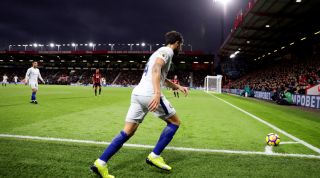 Assists are a stat that people didn't care too much about in the early years of the Premier League. Whichever central defender hoofed the ball up to Fash the Bash so he could nod past some mulleted goalkeeper barely received the credit they deserved. For shame.

Now, though, people are happy to credit the assist merchants. A new Playmaker of the Year award was even introduced last season to reward the Premier League’s highest assister (Kevin De Bruyne), similar to the Golden Boot for top scorer.

But what about the assisters of years gone by; the players whose slide-rule passes and pinpoint crosses have meant goals for their clubs? Well, each of these players had the highest number of Premier League assists among their countrymen – from the competitive category of English players to the rather more sparse Peruvians.

Ten minutes are on the clock to name as many as you can, then tell us your score @FourFourTwo. We’ll retweet the best totals – if you don’t give answers away – and please assist us by challenging some friends at the same time.