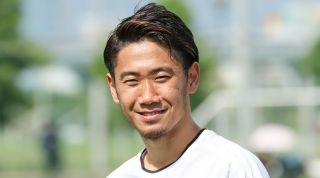 Japan international Kagawa has got on board with the initiative set up by former team-mate Juan Mata, and says he can't wait to help lead the fast-growing movement that now features the likes of Mats Hummels, Giorgio Chiellini and USWNT icon Alex Morgan among its supporters.

"Football has given me so many opportunities in life and now I want to play my role in supporting others through the game," Kagawa said in an official statement. "Common Goal is quickly growing around the world and I'm proud to help lead the movement forward in Japan.

"I've been fortunate enough to have football lead me all over the world – Japan, England, South Africa, Brazil and of course Germany, to name just a few countries. If there's one constant I've witnessed throughout the journey it has to be passion.

"Football inspires and excites people like nothing else on the planet, and what I love about Common Goal is that it channels this passion in a way that makes a real difference to disadvantaged communities around the world."

Common Goal is a creation of streetfootballworld. Over the past 15 years, the organisation has assembled a global network of more 120 local charities that use football as a tool to tackle social issues ranging from gender equality in India, to peacebuilding in Colombia, to refugee integration in Germany.