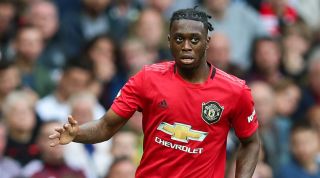 Aaron Wan-Bissaka believes Manchester United have a bright future ahead of them.

The Red Devils have not challenged for the Premier League title since Alex Ferguson's retirement in 2013, and currently sit fifth in the table.

Ole Gunnar Solskjaer has lowered the average age of the squad and focused on signing younger, hungrier players - including the 22-year-old Wan-Bissaka, who moved to Old Trafford last summer.

And the right-back believes his manager is going about things in the right way.

“It is so exciting, definitely. I can see the manager’s plans and what he is trying to do with the younger lot in the team," he told Inside United.

“Consistency is the next step. If we do that, then we will be on another level.”

Wan-Bissaka has enjoyed a positive start to his United career, having already established himself as the club's first-choice right-back.

And the youngster is delighted with how the season has panned out for him on an individual level, although he acknowledges that there is still room for improvement.

“Yeah, definitely. I am happy. I think I’ve done well and I think I’ll only get better. I am quite happy,” Wan-Bissaka added.

“When it comes to games, it is not just about my performance, it’s about the team. I have enjoyed building relationships with the team in games, working on my partnership with the defence. We all go off each other, so that helps as well.

Solskjaer's side face Wolves in an FA Cup third-round replay on Wednesday, before a crunch clash with arch-rivals and champions-elect Liverpool this weekend.