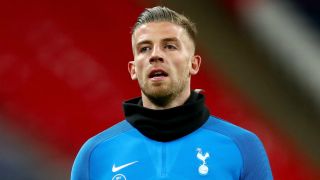 Toby Alderweireld cast doubt over his future at Tottenham after describing the club's decision not to utilise him towards the end of 2017-18 as "unjustified".

The Belgium international started six of his country's games at the World Cup after playing just 14 times for Spurs in the Premier League last season, and he said he was glad to have proved his form and fitness in Russia.

A hamstring injury kept the 29-year-old out of Mauricio Pochettino's plans for part of last season, but Alderweireld told Nieuwsblad he was disappointed not to have been more involved in the club's charge to third place in the table.

Reflecting on his part in Belgium's run to the World Cup semi-finals, he said: "I'm glad I was able to prove myself here again.

"I was very focused on [the World Cup]. I wanted to prove something again. Show that the period before the tournament in which I did not play – for whatever reason – was unjustified.

"I wanted to show that I am still the same Toby as in November.

"I was happy that I could still play four or five matches for the World Cup. I immediately had a good feeling.

"Physically there was no problem, because it was just my only major injury from my career. I spent only three or four months [injured] in my entire career.

"I have to touch wood, but I cannot complain about that. I'm glad I could come back in this way."

The defender has two years left on his current Tottenham contract, with Manchester United reportedly interested in signing him should he choose to look elsewhere for first-team football.

When asked about his prospects for the new season, Alderweireld gave no assurances that his future lies in north London.

"I really do not know anything yet. In my head I just go to Tottenham. We will see," he said.