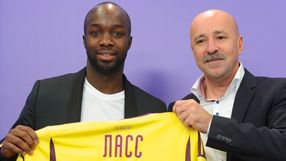 The Russian Premier League team said on their website on Monday that Diarra had sustained a partial ligament tear in his left knee.

The 27-year-old, who joined the big-spending club from Real Madrid last month, suffered the injury in Saturday's 2-1 win over Spartak Moscow.

Diarra will miss two games against Liverpool in the Europa League, the away tie on Thursday as well as the return leg next month.

His absence is a big blow to Guus Hiddink's team who are two points clear of CSKA Moscow at the top of the Russian Premier League.