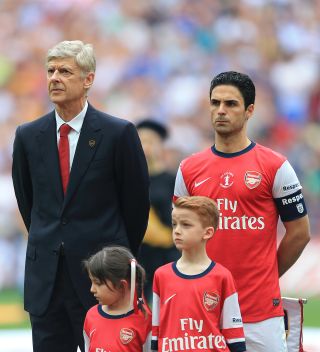 Arsene Wenger has backed Arsenal to be the “surprise package” of the Premier League this season and believes Mikel Areta’s side could achieve more than a top-four finish.

The Gunners have not finished in the top four since 2016, when Wenger guided them to second place behind surprise champions Leicester.

Since then, Arsenal have had to settle for Europa League football and finished eighth last season – their worst league campaign 25 years.

But, under Arteta, they did lift the FA Cup for a record 14th time and invested in new talent during the summer, landing midfielder Thomas Partey on transfer deadline day.

Added to the earlier arrivals of Willian and Gabriel Magalhaes, Arsenal appear to have strengthened in key areas.

Now Wenger, who led Arsenal to top-four finishes for 20 consecutive seasons, is certain they can now be a threat to the top positions once more.

Asked in an Observer Q&A what advice he would give to Arteta, the 70-year-old replied: “To continue to have a grip on the team, as he has at the moment. And to go to the end of his beliefs.

“I think there is a good team spirit and they have a good chance to do well. I believe it will not be very difficult to improve on the number of points they got last season.

“But I’m convinced Arsenal can be in the top four, if not more. Why not more? They can be the surprise package for me this year: they bought well, they strengthened the defence well.

“And they kept the players who were already there. In my last year I bought (Pierre-Emerick) Aubameyang, they kept him. They have every ingredient and no real weakness.”

Wenger’s 22-year tenure in the Arsenal dugout ended in 2018 when he left to be replaced by Unai Emery.

The Spaniard’s spell would last less than two seasons before he was sacked and former Arsenal captain Arteta was given the reins.

When asked if he could imagine Thierry Henry, another of his former players who is now in management, could one day return to take charge of Arsenal, Wenger instead played up Arteta’s ability: “I hope that Thierry Henry is successful in his career as a manager, and if he’s successful as a manager he might one day come back to Arsenal.

“But I especially wish that we go back to win the championship before that happens. For example, now we have Mikel Arteta in charge, why should we not do it?

“A club is about identity. Identity is about values and values are about the people who carry these values. And so it’s important there is a continuity on that front for me.”