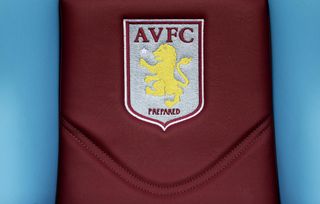 Aston Villa are “disgusted and appalled” by social media footage which appears to show fans “chanting a racist song” which makes reference to two of their first-team players.

A video following Saturday’s 5-1 win at Norwich shows a group of Villa’s fans singing about the club’s Zimbabwean midfielder Marvelous Nakamba and one other player, with references to several racial stereotypes.

Villa said in a statement: “Aston Villa is disgusted and appalled by footage circulating on social media of supporters chanting a racist song which makes reference to two of our first-team players.

“The club wholly condemns the chant and urges other supporters to help us identify those responsible.”

Villa’s statement continued: “Chants of this nature besmirch the good name of Aston Villa Football Club and our fans. If the perpetrators are identified they will be dealt with in the strongest manner by the club and be reported to the police immediately.

“Our security staff will be vigilant at forthcoming games to ensure that anybody attempting repetition of this chant will be dealt with severely.

“We know we can rely on the assistance of the majority of our fans to eradicate this toxic behaviour immediately.”

Aston Villa Supporters Trust condemned the footage, describing the song’s contents as “a cheap and insulting stereotype”, and said they will be liaising with the club.

AVST’s statement read: “AVST is disappointed to hear about the chanting directed towards Marvelous Nakamba at the Norwich game. It’s a cheap and insulting stereotype that has no place in this day and age.

“Racist stereotypes are never acceptable. Hiding so-called support behind such words (is) reprehensible and (is) condemned by all decent Villa supporters.

“We will be contacting the club regarding the issue and will be working closely with them to ensure that it is addressed swiftly.”

Football’s authorities have stepped up their efforts to eradicate racist chanting, but the Villa song is the latest in a long list of similar incidents.

West Ham announced last month that they would be banning for life a fan shown chanting anti-semitic songs on a video, while Chelsea and Liverpool launched a joint investigation after footage showed a Blues fan chanting alleged racist abuse towards Reds forward Mohamed Salah.

And England boss Gareth Southgate has warned his players could be subjected to racist abuse during next Monday’s Euro 2020 qualifier in Bulgaria after Raheem Sterling was targeted by a fan at Wembley last month in the first meeting between the two countries.