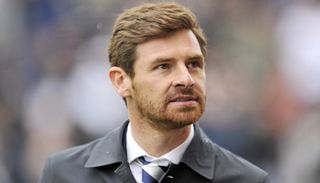 The North London club's hopes of qualifying are hanging in the balance with them needing to win their final Premier League match of the season at home to Sunderland on Sunday while hoping bitter rivals Arsenal fail to beat Newcastle United.

Tottenham, who are fifth going into the final weekend of the season, missed out on Europe's elite competition last season despite finishing fourth because Chelsea, who came sixth, won the trophy and took England's final qualification place.

Despite that setback they managed to hold on to their talented Welsh forward Gareth Bale, but that could prove even more of a challenge after Bale's superb form earned him the Player of the Year award.

Villas-Boas, however, is keen to add to the squad and believes the club will be able to strengthen.

"I'm not sure [Champions League qualification] is that key because Tottenham has a great tradition in football, it has conditions that other clubs don't have but equally these [training] facilities," Villas-Boas told a news conference.

"And I think we have a group of players that attract other players to come here. They are good quality players and other players, in bigger or same level squads, would want to join up and play with them."

Bale, whose contract runs until 2016, has been linked with a move to some of Europe's top clubs but Villas-Boas is confident Spurs will keep their man.

British newspaper reports have suggested the 23-year-old was close to signing an improved contract to stay at Spurs.

"I'm not sure [about whether Bale is close to signing a new deal], our interest is for the player to continue here and I've made that very clear," Villas-Boas said.

"Whatever is happening, the idea is for the player to be here next season. I have said this numerous times. We are pretty confident we will be able to keep him."

Spurs go into the final day of the season a point behind Arsenal and three behind third-placed Chelsea, the club he managed before Tottenham.

Even if they beat Sunderland it would not be enough unless Arsenal, who have overturned a seven-point gap to their rivals earlier this year, drop points at Newcastle.

Winning but still missing out would be doubly frustrating because they would have notched their highest ever Premier League tally of 72 points.

"In the past it would have been enough to make it [into the top four]," Villas-Boas said.

"It would have been enough apart from the 2007/08 season when the fourth-placed team [Liverpool] finished with 76 points."

The Portuguese tipped Chelsea to win the league next season if, as expected, his compatriot Jose Mourinho returns to Stamford Bridge.

"I think Chelsea next season will absolutely be the team to beat, bearing in mind the manager change and the manager that we expect to come," he said.

"Our step at the moment is to be into the Champions League, probably not title contenders but we hope to be competitive next season if we manage to do things properly in the summer.