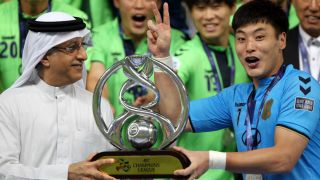 AFC Champions League holders Jeonbuk Motors have filed a request with the Court of Arbitration for Sport (CAS) for a stay of execution on their ban from continental competition in 2017.

The Asian Football Confederation (AFC) last week suspended Jeonbuk as a result of a 2013 match-fixing scandal in which one of their scouts was found to have made payments to referees.

The club have requested measures to allow them to compete in the 2017 Champions League while their appeal to CAS is ongoing.

CAS intends to announce its decision on February 3.