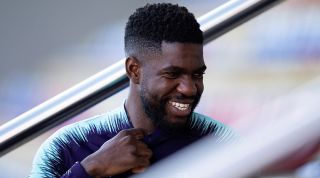 The Catalan club is in a state of shock after surrendering a 3-0 first-leg advantage to lose 4-0 to Liverpool at Anfield in the return fixture of their Champions League semi-final on Tuesday.

It was the second year running that Barça have been eliminated from the competition despite holding a healthy advantage, as Roma came back to overturn a 4-1 first-leg defeat with a 3-0 win last season.

According to Sport, 10 first-team players will be on the market this summer to enable a squad overhaul.

Coutinho, who became the club’s record signing when he joined from Liverpool in a £146 million deal in January 2018, will be one of the first to go after failing to impress at Camp Nou.

Rakitic remains in coach Ernesto Valverde’s plans and wants to stay, but the club hierarchy see this summer as one of the last chances to cash in on the Croatian, especially with ready-made replacement Frenkie de Jong set to arrive from Ajax.

Umtiti has missed most of the season through injury, falling behind Clement Lenglet in the defensive pecking order, and could be let go with the club looking to bring in Ajax captain Matthijs de Ligt.

Squad players Jasper Cillessen, Thomas Vermaelen and Rafinha are also on the market, while the club could be willing to sell Malcom despite bringing him in for £35 million just last summer.

Andre Gomes could be sold once his loan at Everton comes to an end, as could on-loan Arsenal midfielder Denis Suarez.

Arda Turan has been loaned to Istanbul Basaksehir until June 2020, when his contract expires, but Barcelona hope to cash in on him before then.