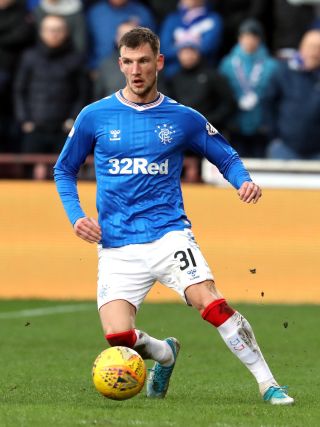 The 27-year-old is now committed to the Ibrox outfit until 2024 and the news will end speculation over his immediate future.

Rangers are thought to have rebuffed interest from Roma after placing a £10million valuation on the Croatia international.

Barisic has made 52 appearances for Gers since joining the club from NK Osijek in 2018.

“I speak to Borna a lot, so I know that he is very happy at the club and is enjoying his football right now.

“He has the support of the fans because of his performances on the pitch and we hope that continues for a long time at Rangers.”

Barisic, who has 12 Croatia caps, has contributed seven assists in the Premiership this season.

Barisic said: “I want to thank our sporting director Ross Wilson and everyone on the board at Rangers Football Club.

“I would also like to thank the staff I work with every day, our manager Steven Gerrard and my team-mates, who have helped me get to this point.

“Most importantly I would like to thank the fans who always support me and that is for sure one of the reasons why I have signed the new contract and why I feel like I am with my family here at Rangers.”