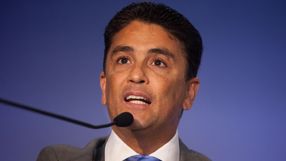 The 48-year-old said the team's poor showing would lead to widespread changes at youth-team level.

"I am ready for a complete overhaul, to choose new coaches for the Under-20s, Under-17s and Under-15s," Bebeto told the sports newspaper Lance. "Everything is going to change."

The Brazilian Football Confederation said the former striker, who produced a memorable 'rock the baby' celebration during the 1994 World Cup triumph in the United States, would be formally appointed next week.

Bebeto has little coaching experience having been in charge of only one club, America in Rio de Janeiro in 2010.

He lasted eight games there, winning three matches, drawing one and losing four.