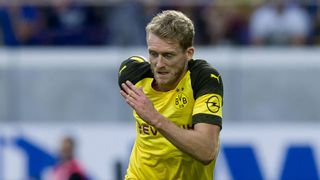 Andre Schurrle, a World Cup winner with Germany in 2014, has joined Fulham on loan after falling out of favour at Borussia Dortmund.

The winger sat out Dortmund's International Champions Cup win over Manchester City last week, with the club confirming he was not involved after being "excused due to negotiations with another club".

Crystal Palace and AC Milan were also linked with the 27-year-old, who assisted the winning goal for Mario Gotze in the World Cup final four years ago, but it is Fulham - who gained promotion to the Premier League via the play-offs last season - who have won the race for his signature.