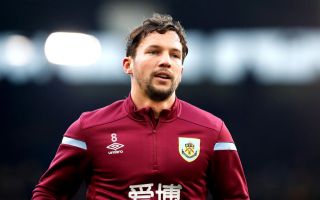 Danny Drinkwater could make his Aston Villa debut when they host Manchester City on Sunday.

The midfielder joined on loan from Chelsea this week and is available to face the champions. Matt Targett (hamstring) is also back but Jonathan Kodjia (illness) is likely to miss out.

Keinan Davis (hamstring) is sidelined along with Tom Heaton and Wesley, who both had surgery on season-ending knee injuries this week, as well as John McGinn (fractured ankle) and Jed Steer (Achilles).

Kevin De Bruyne has been given the all-clear for Manchester City trip to Villa Park.

The Belgium playmaker left the field after suffering a nasty blow in the closing stages of City’s Carabao Cup victory at Manchester United in midweek.

Goalkeeper Ederson is likely to return after four games out due to a combination of rotation, illness and suspension. Defender Aymeric Laporte and winger Leroy Sane (both knee) are still out but both are back in training.