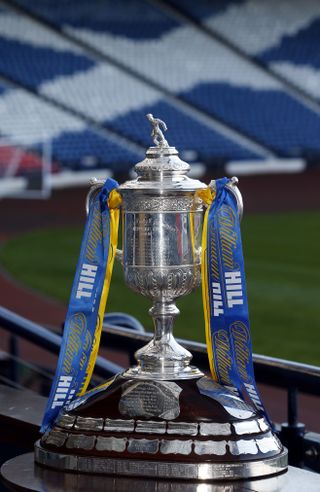 The 2019-20 William Hill Scottish Cup will enjoy a festive finale after the Scottish Football Association confirmed its plan for the competition’s remaining fixtures.

The semi-final matches between Hearts v Hibernian and Celtic v Aberdeen will be played across the weekend of Saturday, October 31 and Sunday, November 1, with the exact dates and kick-off times subject to live broadcast.

The delayed final, originally scheduled for May 9, will now be played on Sunday, December 20.

All three fixtures will be played at Hampden Park and the competition has made a couple of changes to its rules.

Players who have previously played for another team during the 2019-20 competition will not be cup-tied.

Clubs will be permitted to use five substitutes, as per the changes to the laws of the game agreed by the International Football Association Board (IFAB).

“We are pleased to confirm dates for the remaining stages of the 2019-20 William Hill Scottish Cup,” said SFA chief executive Ian Maxwell.

“It has always been our intention to play the tournament to a finish and while the impact of Covid-19 has dramatically altered the schedule, we are confident that the final will be a unique and memorable showpiece event during the Christmas holidays.

“The dates for the final stages of the competition will give the semi-finalists the best chance to prepare for such important fixtures.

“By ensuring no players will be cup-tied, we have also ensured that each club will be able to field their strongest possible teams.

“The dates also give us the best possible chance of having supporters attend the matches at Hampden.

“The health and wellbeing of players, staff and supporters are of paramount importance and we will continue to follow the public health guidance from the Scottish Government.”

Details of the 2020-21 Scottish Cup fixtures will be issued in due course.