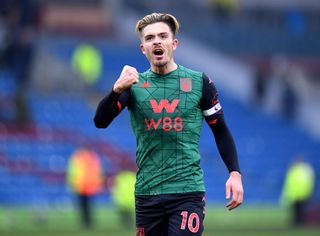 Aston Villa midfielder Jack Grealish has emerged as a transfer target for Manchester City, who could face competition to sign the 24-year-old from neighbours Manchester United, according to Metro.

Ole Gunnar Solskjaer’s side are also set to lodge a £65million bid for Sporting Lisbon star Bruno Fernandes this week, according to the Daily Mirror.

Chelsea have enquired about Brighton centre-back Lewis Dunk, with the Seagulls valuing the 28-year-old England defender at £50m, says The Times.

Manchester United are one of two clubs to have made a formal approach for Birmingham City and England Under-17 midfielder Jude Bellingham, 16, the Daily Mirror reports.

Ashley Young: Crystal Palace and Italian side Lazio have joined the race to sign 34-year-old Manchester United full-back Young, with the English player also having been offered an 18-month contract by Inter Milan, The Sun reports.

Bryan Fiabema: Chelsea are set to make Tromso and Norway Under-17 striker, 16, their first signing since the club’s transfer ban was lifted, says the Daily Mirror.