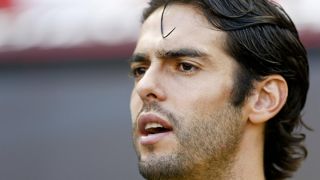 Kaka retired from football in December after leaving MLS outfit Orlando City as the curtain came down on a decorated career for the Brazilian star.

However, Kaka put on the boots again, the 35-year-old a special guest for Noche Amarilla – 'Yellow Night' in Spanish – as Barcelona presented their squad in Guayaquil on Saturday.

And more than 60,000 fans packed into Estadio Monumental to watch Kaka net a brace.

Former Uruguay international Diego Forlan was a guest in 2017, while Ronaldinho featured the year before.