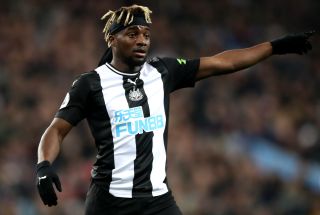 But where do the smart buys lie at this stage of the season? The data says Newcastle United is the shopping window you should be ogling.

Newcastle are one of only four Premier League teams yet to taste defeat since the season resumed – along with Manchester United, Wolves and Everton – and provide options in every department for the budget-conscious manager.

Matt Ritchie is classified as a defender but has been spending a lot of time in the Magpies’ midfield, ranking third among their squad for Creativity and fourth for Threat over their last three matches.

As the side’s set-piece specialist, and at just £5.3m, he offers far more than just clean-sheet potential in a back line which has already racked up 10 shut-outs this season.

Another attack-minded defender available at a similarly modest price is Wolves’ left back Jonny, who set up his team’s winner at Aston Villa in midweek.

Like Ritchie he is owned by just a handful of managers and could provide a budget alternative to Matt Doherty, who costs £1m more to acquire.

Foden to the Max

Phil Foden’s impressive display against Liverpool, combined with Leroy Sane’s departure for Bayern Munich, suggests that he’ll be getting plenty of playing time between now and the end of the season.

While none of Manchester City’s outfield players are safe from Pep Guardiola’s dreaded rotation policy, Foden’s low price (£5.3m) makes the risk of him being benched more palatable.

For managers who can’t work any more City players into their squads, Newcastle again offer an alternative: Allan Saint-Maximin found the net on his return to action and followed up with a hat-trick of assists at Bournemouth, making him hard to ignore.

Chelsea’s Willian looks appealing to those with a bit more money to spend (£7.1m) having now scored three goals in two games and only missing one minute of Premier League football since the restart.

The Blues’ next four matches all look winnable and the Brazilian’s dead-ball expertise gives him the edge over his team-mates.

Danny Ings is enjoying his best-ever Premier League season and has been involved in four goals in Southampton’s last three matches – however, with the Saints’ next three matches all looking tricky, there may be safer alternatives available this week.

Dwight Gayle has now scored in back-to-back games for Newcastle, who host a leaky West Ham side on Sunday. With matches against Watford and Brighton also still to come this season, Gayle could be a snip at £5m for managers in need of a makeweight up front.

Those with even less cash to spare should consider Mason Greenwood, given Manchester United’s easy run-in and Ole Gunnar Solskjaer’s admission that he will need to keep rotating his squad.

The young Englishman registered a goal and an assist against Brighton after also starting the previous league match, so could prove a bargain in the weeks ahead.