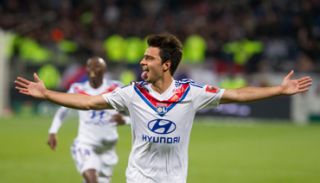 "Because of doubts on Samir Nasri's health after Manchester City's two games in the United States, Didier Deschamps has called up Clement Grenier," the FFF said in a statement.

The FFF also said that Girondins Bordeaux fullback Benoit Tremoulinas had been called up to make up for the absence of Gael Clichy who has been suffering from a groin injury.

France, who play Uruguay on June 5 and Brazil on June 9, did not elaborate on Nasri's condition.

The uncapped Grenier scored with a 35-metre free-kick as Lyon secured third place in Ligue 1 with a 2-0 win over Stade Rennes in Sunday's final round of matches.