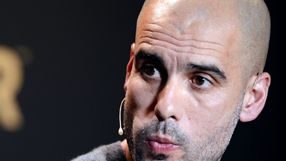 Guardiola, 41, took a year off after leading Barca to 14 trophies in four campaigns, including two Champions League crowns and three straight La Liga titles, and confirmed this month he will return to coaching next term.

He has been linked by the media with English clubs Chelsea, Manchester United and Manchester City, Bundesliga side Bayern Munich and Paris Saint-Germain in France.

"I've always found English football very fascinating, just for the environment, the crowd and the supporters," Guardiola, speaking from New York where he has been living with his family, said in a message on the English Football Association's website.

"As a player, I couldn't realise my dream to play there but I hope in the future, I have a challenge to be a coach or a manager there and feel the experience of all the coaches and players that have been there," he said.

"It is unique, to play in that league. I want to feel the supporters, the environment, the media and the style of the players and everything.

"I am still young, just 41, so I hope in the future I could be able to train there and enjoy that."

Guardiola was speaking to the FA as part of the organisation's 150th anniversary celebrations.

"Enjoy it, because you deserve that and you have been very important in the development of our beautiful, beautiful game."