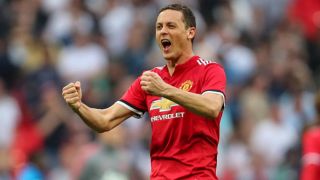 Toure will depart Premier League champions City at the end of the season, which leaves the 34-year-old midfielder with only two more matches before his farewell.

The Ivory Coast international – winner of three Premier League titles – arrived from Barcelona in 2010 and came up against a host of stars in England but none tougher than towering former Chelsea midfielder Matic.

"To be able to find an opponent to play against me and stop me... there's few of them, but Matic was one of the close ones who was able to give me problems. He can run. He can fall back. He can track. He can fight. He's a good, good player."

"Everybody knows I have a feeling for Aguero. I love Aguero. This guy is such a good striker. He's complete," he said. "I love David Silva and [captain] Vincent Kompany as well."