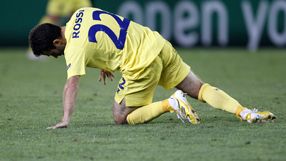 United States-born Rossi's club Villarreal said the 25-year-old suffered the latest setback in training on Friday morning and would need further surgery that would keep him out of action for another six months.

"Villarreal will announce the date and location of the operation in the next few days," the La Liga club said on their website.

Italy begin their campaign against Group C rivals and holders Spain in Gdansk on June 10, before meeting Croatia four days later and Ireland on June 18.