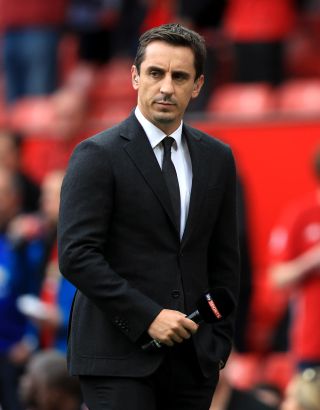 Gary Neville said he cannot understand why Manchester United’s owners have kept faith with those responsible for the club’s recruitment policy.

Former United and England defender Neville, who won eight Premier League titles during a near 20-year playing career at Old Trafford, launched a withering attack on the club’s boardroom after Sunday’s 2-0 defeat at Liverpool.

“I can’t believe the investment that’s been put into the squad over the last five or six years, seven years, and you end up with that out on the pitch,” Neville said on his podcast shortly after the match.

“I cannot believe it. I saw a statistic two weeks ago or a week ago that Manchester United have the second highest wage bill in the world and that’s the team they have got, that’s the squad.

“It’s unforgivable. It really is. I can’t change the ownership of Manchester United, no-one can, but I’m struggling to understand for the life of me why the ownership have trusted that management team to oversee the building of a Premier League title-winning team since Sir Alex Ferguson left.

“Because if you don’t lose your job for essentially overseeing that investment, that wage bill and putting that team out on to the pitch, then I have to say something is really wrong.”

Neville said United’s executive team, led by executive vice-chairman Ed Woodward, had been successful at creating commercial revenue for the club, but had failed when it came to recruiting players.

United signed Paul Pogba for £89million in August 2016 and Romelu Lukaku for £75m the following summer, while Alexis Sanchez agreed a four-and-a-half-year contract worth a reported £14m a year after tax in early 2018.

“They need to sort it out and quickly,” added Neville, who said it had been painful to see arch-rivals Liverpool take another big stride towards their first league title in 30 years with Sunday’s win.

“The thing that should shock the owners more than anything, they should see that last-minute goal – they should have that playing on record every single day in their office over in America – Liverpool Football Club’s fans singing ‘We shall not be moved’.”

United’s defeat at Anfield was their seventh in the league this season and left them 30 points behind Jurgen Klopp’s runaway leaders.